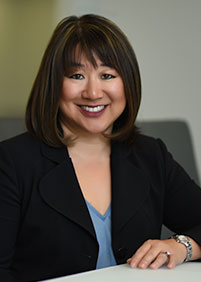 LEI LEI WANG EKVALL was a partner of Smiley Wang-Ekvall, LLP.  She received her undergraduate degree in information and computer science in 1988 from the University of California, Irvine and her law degree in 1992 from the University of Southern California.  Ms. Wang Ekvall served a judicial clerkship to the Honorable Alan M. Ahart, William J. Lasarow, Kathleen T. Lax, Kathleen P. March, and Vincent P. Zurzolo, United States Bankruptcy Judges, from October 1992 to September 1993.  From September 1993 to September 1994, she served a judicial clerkship to the Honorable Kathleen P. March, United States Bankruptcy Judge.

Among other recognitions, in 2019, Ms. Wang Ekvall was selected as the Attorney of the Year by the Orange County Women Lawyers Association.  In 2015, she was selected by the Orange County Bankruptcy Forum as the recipient of its prestigious Honorable Peter M. Elliott Memorial Award, for her outstanding scholarship, ethics and service to the Orange County bankruptcy community.  She has a peer review rating of AV Preeminent from Martindale-Hubbell, and since 2008, she has been named a Southern California Super Lawyer, representing the top 5% of practicing attorneys in Southern California.  In 2011 and 2014, she was named a Top Bankruptcy Attorney by O.C. Metro magazine.  Ms. Wang Ekvall is a frequent speaker on the topic of bankruptcy law and receiverships and co‑authored Bankruptcy for Businesses, published in April, 2007 by Entrepreneur Media, Inc., and distributed by McGraw‑Hill. 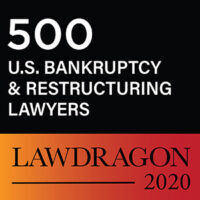