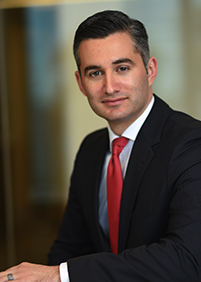 ROBERT S. MARTICELLO is a founding partner of Smiley Wang‑Ekvall, LLP.  He concentrates his practice on business bankruptcy matters and related litigation.  Mr. Marticello represents virtually all parties in chapter 11 bankruptcy cases and out-of-court restructurings, i.e., debtors, committees, secured and unsecured creditors, equity holders, trustees, asset purchasers, and others.  He has represented clients in a broad range of industries, such as real estate, non profit, retail, restaurant, and technology and has represented clients in multiple forums throughout the United States.  Mr. Marticello is also experienced in representing plaintiffs and defendants in bankruptcy avoidance actions and plaintiffs in nondischargeability actions.

Mr. Marticello was selected as an emerging leader by the American Bankruptcy Institute for its inaugural “40 Under 40” award.  The organization recognized him as one of the top insolvency professionals under the age of 40 in the United States.  This was the second time in five years that Mr. Marticello won a Top 40 award recognizing emerging talent.  In 2012, he was selected to participate in the National Conference of Bankruptcy Judges’ Next Generation Program, which is designed for 40 “up and coming” bankruptcy attorneys in the country.  Mr. Marticello has also been consistently selected as a “Rising Star” in Super Lawyers Magazine and has been recognized by Best Lawyers for multiple years running.